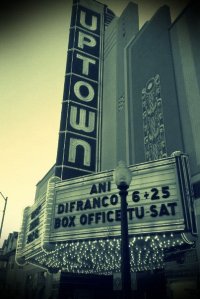 I had been told over and over by other women, young and old, to dread this day with all of my being.   A middle aged woman named Sandy told me a horror story about how she cried for days before, during and after she turned thirty as she thought her life was over.  I watched my friends do odd things when they turned thirty before me over this past year like spend $200 on a high fashion haircut, get ridiculous tattoos or get drunk to the point of vomiting to prove their hip-ness despite their age.

Although I saw no real reason to dread my thirtieth birthday, watching my friends act so oddly did make me curious about if the change of the first digit in my age would push me over the edge of reality to an existential crisis.  And it is undeniable that society subtly and not so subtly tells women that by the time we are thirty are lives are indeed over, which is powerful.  So, I came up with a fool-proof plan.

To work on painful detail and creativity, I often ask my students, no restrictions at all, where and with whom would they have lunch and what would they eat?  Pizza in Italy with the Pope, sushi in Maui with Margaret Thatcher, burgers in New Zealand with Jacob or Edward?  Well, I applied that game to my birthday.  If I could go anywhere and do anything for my thirtieth birthday, what and where and with whom?  Dan and I purchased plane tickets to Napa Valley, and then once in California purchased concert tickets to see Ani DiFranco, a personal hero of mine.  Now, keep in mind that my family did not do birthdays growing up.  I had one birthday party when I turned six, so this was a splurge.  But I was told I need to fight the “turning thirty depression thing” with a full arsenal, so I decided to see my favorite righteous babe in the heart of wine country USA.

The day came with no depression at all.  Granted, I was in sunny California, but I was in tune to my mind, body and heart, and I just did not feel old or worthless or sad.  I think that part of the problem is that society tells women that our stock goes down as we get older.  All we have to offer is our physicality and sexuality.  And using the media’s unattainable standards of sexuality and beauty, the younger the better.  Our very worth as people drops exponentially as gray hair, cellulite and wrinkles appear.  And this is why women spend unimaginable amounts of money and time on things like diets, facial crème, tanning, plastic surgery and the like.   My own mother begged me around my birthday, “You save so much money by buying all your clothes second hand, but please put a little money into a good face crème so you won’t have wrinkles like me!”

But just in case those horrible lies about my self worth as a woman decided to sneak in on my birthday, I had Ani to remind me who I am.  She walked on stage, and I was struck by how small she was.  She was not wearing cute clothes.  Her hair was nothing special.  But then she started to sing.  Ani became larger than life in front of my very eyes with her ability to speak truth and rock out simultaneously.  She was witty, clever, and commanded the entire stage with her guitar.  I was emotional the whole time, truly inspired by her presence.  I have only met a few women who are powerful enough to gracefully stand on their own and insight immediate respect and attention with their fearless messages.  I was drawn to her freedom and her honest struggle at denying the same societal pressure we all feel.  She reminds me of the female poet Ntozake Shange.   Ntozake means “she who comes with her own things,” and Shange means “who walks like a lion.” Ani’s music challenges me to be the type of thirty-year old woman who does not cry as my imagined stock drops, but walks like a lion and comes with my own things.

I do not believe my stock is dropping, in fact, the opposite, although it is not about my stock at all, is it?  My twenties were great, but as I reflect on the decade when every year I was in a new place, studying something new, dating someone new, starting a new adventure, I welcome my thirties, a time to grow roots, to grow a life.  I feel peaceful, relevant and strong.  And my feelings were mirrored in the concert.  Ani played her empowering feminist and political songs, but she also sang about marriage and her three- year old daughter, and talked gently about holding it all in her being.  Her truth resonated in me so strongly that I laughed out loud at one of her last lyrics, “If you are not happier as you get older, than you are fucking up.”